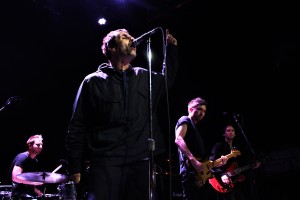 In a matter of seconds, the small space of Rough Trade was filled to the brim for Liam Gallagher’s intimate performance on July 30th. Despite a secret show at McKittrick Hotel on July 28th, Liam Gallagher hasn’t performed in New York City since 2011. It was, therefore, no shock that the limited number of wristbands Rough Trade was offering, with a pre-order purchase of As You Were, his upcoming debut solo album (October 6th), sold out instantly.

With a line forming at noon (yours truly as #5), and attendees traveling states away [#3 on line immediately hopped on the Megabus from Philly to NYC the moment this gig was announced], the line practically looped around the corner. When Gallagher arrived at Rough Trade and stepped out of his van, he was gracious enough to sign a few Oasis albums and take some photos before rushing inside with a wave to the fans chanting his name.

Once inside, drinks are pouring to celebrate RKID’s New York reunion and atop the

balcony, two drunken bros sway together, sing-shouting their favorite Oasis tune, “Slide Away”: “Slideeeee in baby, together we’ll flyyyyyy.” 5:31 P.M. my phone reads as flashing lights illuminate the stage. There’s a banner with “ROCK N’ROLL” printed & draped on the keyboard stand along with the drum kit boldly displaying the title of the new album– “AS YOU WERE” – and Liam Gallagher squeezes between the drums and amps to come to the front of the stage, standing tall and proud as Oasis’ “Fuckin’ In the Bushes” booms on the speakers.

Amazingly, Gallagher goes to the end of the stage to walk across the edge, and outstretch his hand to politely shake everyone up front, saying a polite “Thank you.” Remarkable.

After shaking everyone’s hands and not missing a beat, Gallagher picks up his signature tambourine and croons into “Rock N’ Roll Star” with the crowd following along, shouting every lyric at his face, as Gallagher belts his very soul into his performance.

And by God, the lad’s still got it.

Since the end of Oasis in 2009, the “feud” between the brothers Noel (primary songwriter/guitarist and secondary singer of Oasis) and Liam has since become the concern of fans who have pitted the brothers against each other – either calling Noel a shite singer or Liam a talentless has-been. Such comments had affected Liam, as he expressed in an interview with the UK press months prior, where he worried he was seen as a burnt-out has-been with no way of coming back. With his upcoming album this fall, Gallagher had set out to prove himself as a genuine front man and a badass rock star. At the Brooklyn show, the crowd needed no reassurance, as they chanted his name victoriously throughout the set – with the occasional “Fuck Noel!” thrown in at random times.

Leaning forward into his mic, hands clasped behind his back – a notable stance for

Gallagher since ’92 – Gallagher sang “Morning Glory”, with his guitarist Jay Mehler (formerly of Kasabian) shredding into the famous intro. In the third row, an eager group of young men (possibly from Manchester judging by their accents) hollered “Need a little a time to wake up!” so intensely that Gallagher himself gave a nod to their unrelenting passion. After the 90’s nostalgic trip – most the crowd ranged from young fans (the youngest being about fifteen years old), to a good chunk reminiscing seeing Oasis perform at the Wetlands Preserve Festival in 1994, when they were supporting their debut LP Definitely Maybe. 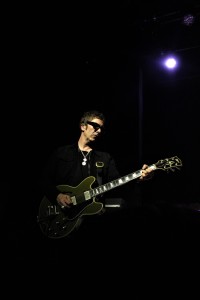 Liam Gallagher and his band (Dan McDougall on drums, Jay Mehler on guitars, Christian Madden on keyboard, Drew McConnell on bass and, Mike Moore on guitars) – played his first single as a solo artist “Wall of Glass.” Its a song that isn’t weighed down by the Oasis nostalgia and serves as proof of Gallagher’s talent.  The track can hold itself as a contemporary and entertaining rock song. Following next was “Greedy Soul” and “Bold”, two songs Gallagher seemed very passionate about as his energy never faltered, but in fact, only increased. He did slow it down a bit for the acoustic “Chinatown”, off the new record–shaking gently his maracas as he sang along with the crowd. To our pleasure and excitement, Gallagher debuted another acoustic ballad off As You Were titled “Eh La”, and even though it was a new tune, the crowd did not subdue their passion to sing along. Gallagher smiled and said a curt “Thank you” into the mic, right before handing his tambourine to a lucky fan up front. The young enthusiast followed the band’s beat as Gallagher sung “Be Here Now”, occasionally flashing a proud smile to the star struck fan following along perfectly. Politely asking for his tambourine back to finish the set, Gallagher performed the song we all know and either love or hate – “Wonderwall”.  Now, “Wonderwall” is the song to trash on – it’s arguably basic and overplayed, and downright a disgrace to Oasis’ entire discography, but you cannot deny that it is a bop and if you’re in the same room with Liam fuckin’ Gallagher singing “Wonderwall” right in front of you, you are waving your arms in unison with your phones lit up or you leave the room. 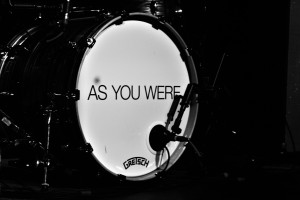 “I said maybeeeeee, you’re gonna be the one that saves meeeee,” croons Liam Gallagher for one last time before he snatches his mic, giving it as a gift to the same lucky fan, and exits Rough Trade NYC to an echo of a sold-out crowd chanting his name. 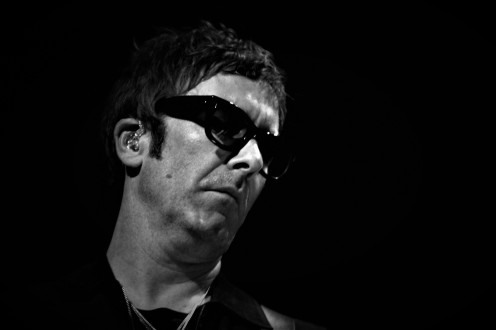 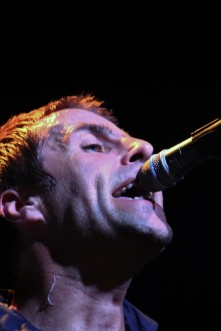 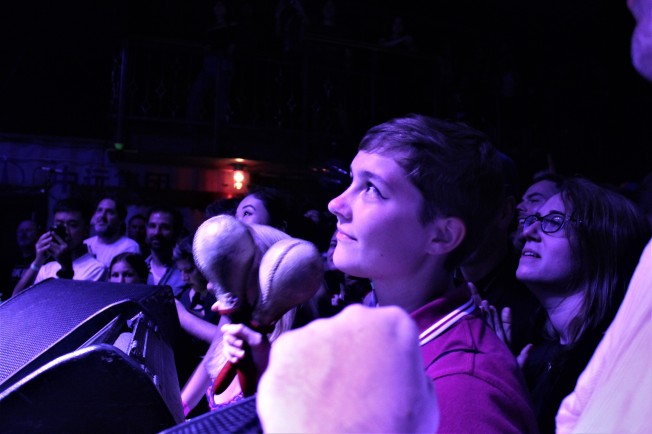 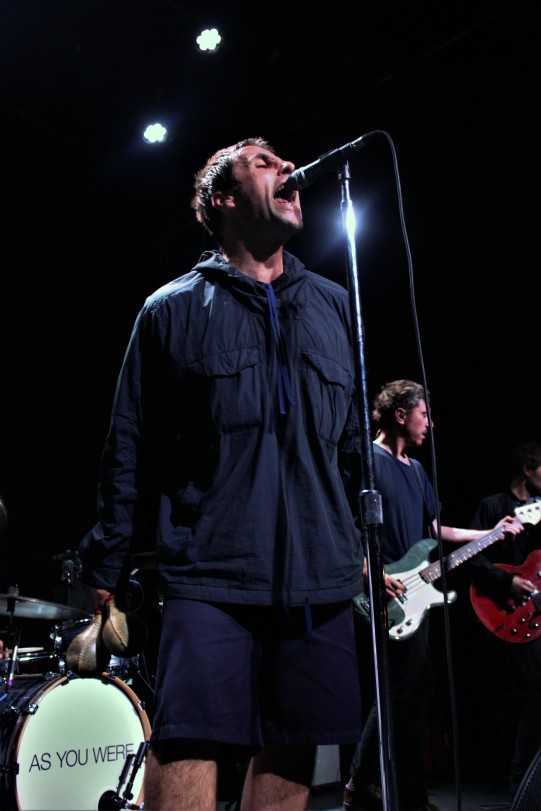 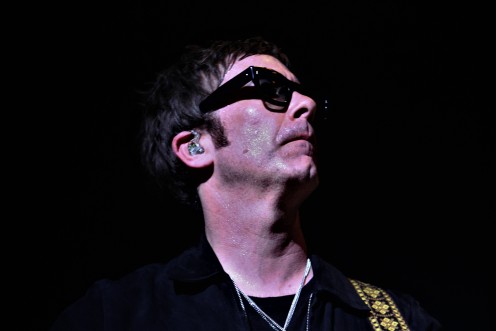 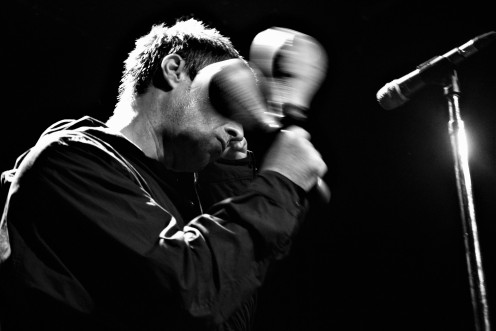 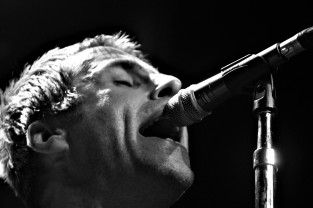 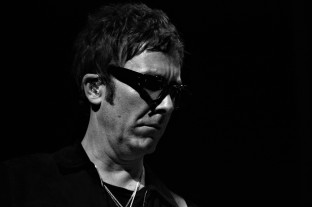 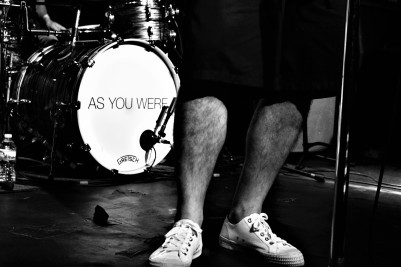 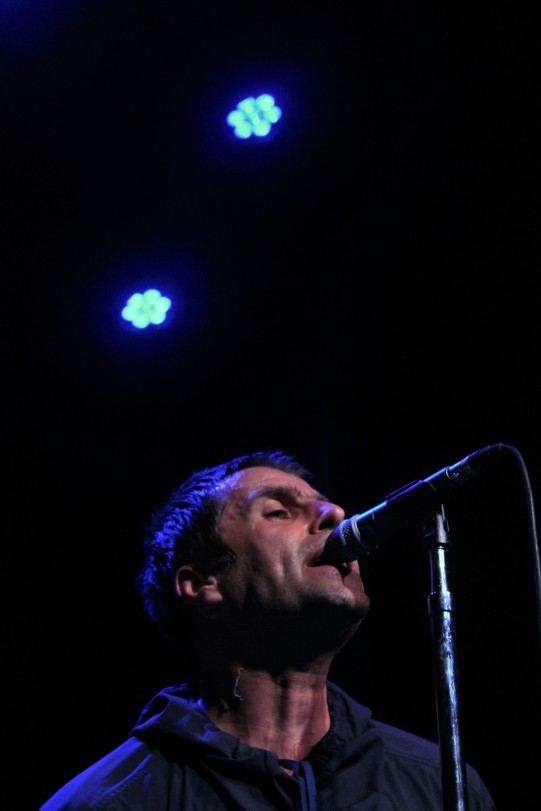 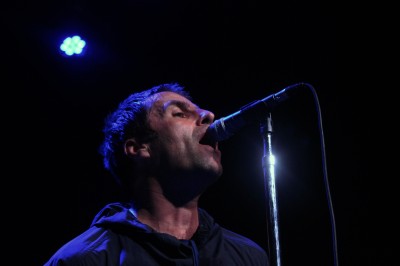 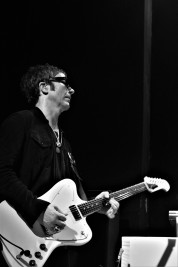 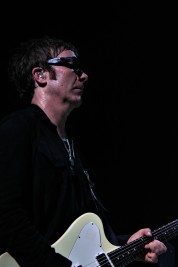 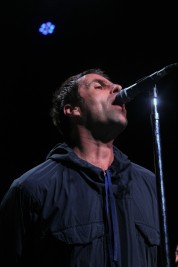 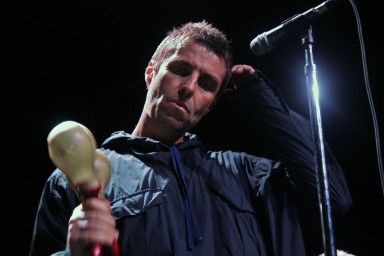 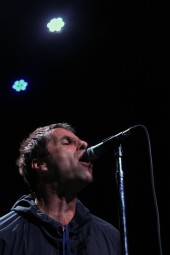 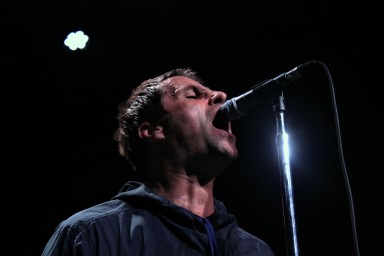 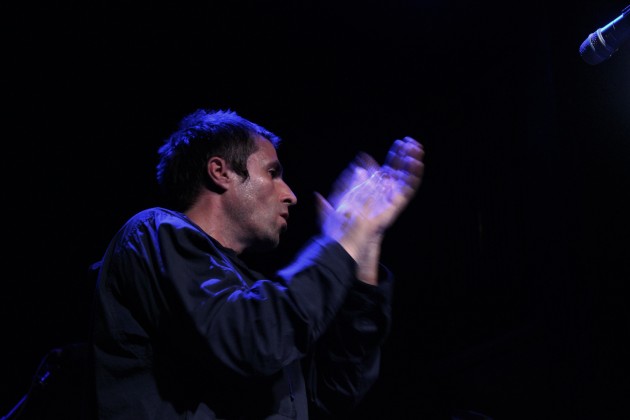