Passion Pit frontman, Michael Angelakos, is one of the rare artists who connect with their fans beyond just their music. Being open and honest about his sexual orientation and about his struggle with bipolar disorder, Michael is an inspiration to many, including myself. So despite having lost interest with Passion Pit’s music for a short amount of time, I found myself periodically checking back on their Spotify page for new music, as if to catch up with an old friend. 2017 did not disappoint; Passion Pit released their newest album Tremendous Sea of Love, and it was absolutely delightful. In fact, my favorite song at the moment, “Hey K” is on the album. With some research, I quickly learned that this song, like many of Michael’s songs, are written for his wife Kristy Mucci, who he is now divorced with. Michael says in an interview that “Hey K” was a way for him to communicate with his wife through his music when his manic episodes required him to distance himself. Michael says that his overall message is to say he loves her, and that everything he does is to protect her in the long run. Of course, after finding out about the backstory of the song, I have grown to love it even more.

When I discovered that Passion Pit would be touring once again, something they have not done since 2015, I knew that I needed to be there when they performed at Terminal 5 in New York. If not taking photographs in the photo pit, you sure as hell can bet that I would be in the crowd jamming out and showing my support. After finding out that tickets were on sale, I made the terrible mistake of holding off on making the purchase, and when I checked again, the show was all sold out. While I was proud of Passion Pit, and happy for Michael, I was devastated I couldn’t be there… until I found out that I would be getting a ticket and a photopass!

So the show begins. First up, an opening band of two that I had never heard of until

that night: Slenderbodies. The duo from California, as they reveal, is performing in New York for the very first time. Hearing their music for the first time, I am pleasantly surprised by their unique style and groovy tunes. If you asked me to categorize their music into one single genre, I’m not sure I would be able to do it. However, I will try to describe it the best I can. Picture this: a scene out of a movie where young, hip 20 something year olds are taking a road trip across America, driving top down, wind blowing through their hair. Now picture the type of music that would be playing as this scene unfolded, and there you have it, Slenderbodies.

I was not the only one in the audience who had never heard of the two before, because in between one of the songs, I hear someone shout out, “What’s the name of this band again?” Clearly, Slenderbodies was talented. Those like me who had never listened to them before, now do. Continuing the rest of the tour with Passion Pit, I am confident that the two will gain the attention they deserve. If you have not yet checked them out, do yourself a favor and do that now! A good starting point is their new ep album Fabulist:extended. One of my personal favorites on the album is “Pink Hue.” The song has a catchy tune and all around good vibes. 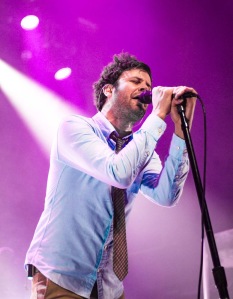 Next up: Passion Pit. After what seemed like an eternity, Michael Angelakos comes skipping out and the crowd goes wild. There he was, an arms length away from me: Michael Angelakos, the artist I have known and loved. Passion Pit did not hesitate to throw it back to their early Manners album from 2009; one of the first songs they performed was “Sleepyhead.” This is also one their most well known songs, so as you can imagine, the crowd was ecstatic. During the chorus, Michael holds the microphone out to the crowd and yells “New York City make some fuckin’ noise!” New York City happily obliged.

As the show went on, it is clear that Passion Pit is nothing short of passionate. Michael’s 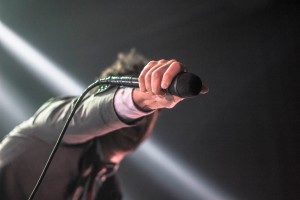 on-stage performance is truly remarkable. His energy radiates, and fills up the entirety of Terminal 5. I imagine touring and singing the same songs night after night can get redundant for the band to perform, but Michael shows no sign of it. He jumps around the stage singing with his eyes closed as if the performance that night would be his last. With flashing lights and electrical vocals coming from an Angel himself (Get it? Because his last name is Angelakos? Haha), my experience was one of pure bliss. At the very end of the show, Passion Pit decided to take a walk down memory lane and perform “Take a Walk,” from their album Gossamer (2012).

If you have never been to a Passion Pit concert, then you are missing out on a truly remarkable experience. Fortunately, the band is still touring (along with Slenderbodies), so hurry and check if they are coming to a city near you! Better yet, purchase the VIP Package! A portion of proceeds from VIP sales are being donated to charities promoting mental health awareness. 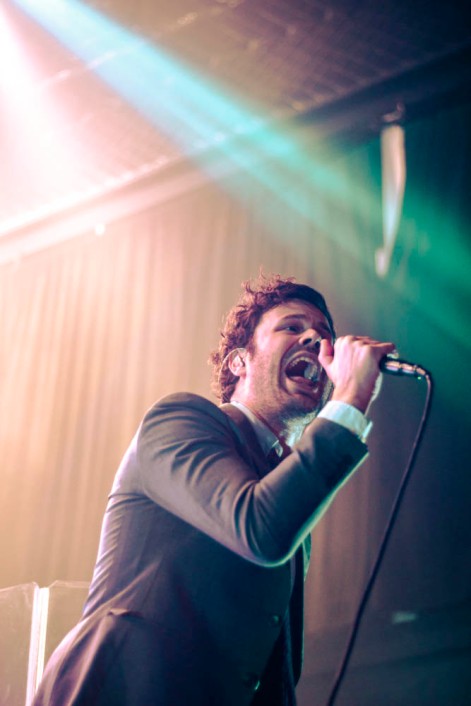 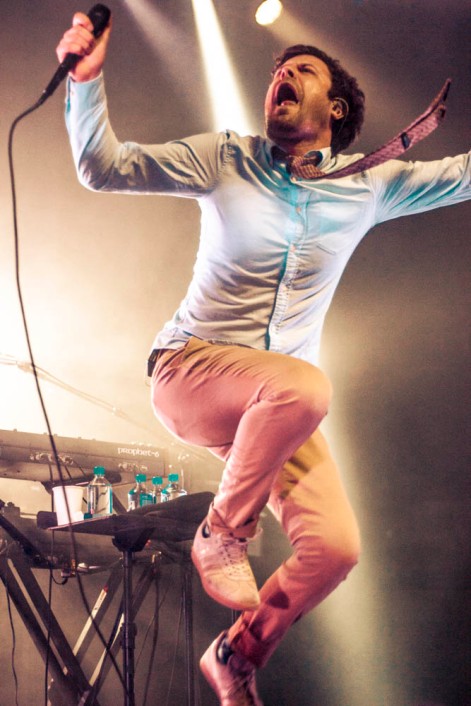 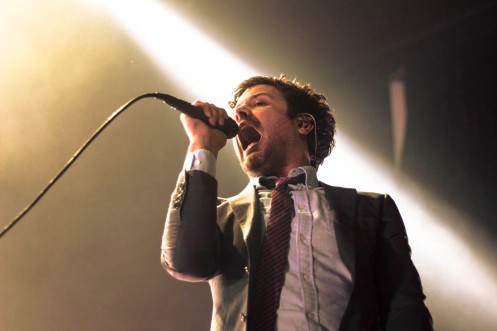 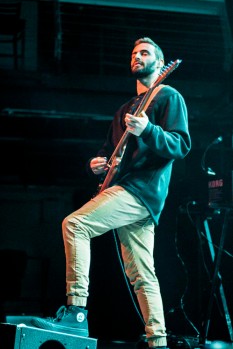 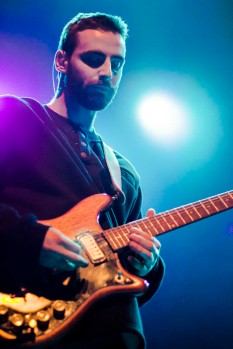 0 comments on “Passion Pit Takes a Walk Down Memory Lane”