Photos and review by Brian Berson 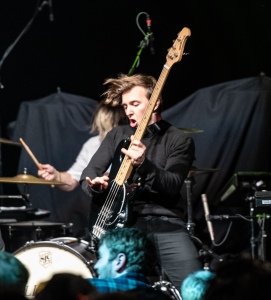 On a cold and rainy Saturday night just after Thanksgiving in New York City, a line of fans waiting to get into the Gramercy Theatre wrapped around the block. On the five-band bill, Hands Like Houses from Australia were scheduled to headline, but it was fellow Aussies The Faim that were up second and controlled the stage as if they were the main act.

Friends since high school The Faim are made up of lead vocalist Josh Raven, guitarist and bassist Sam Tye, bass and keyboardist Stephen Beerkens and drummer Sean Tighe. The musicians change instruments throughout the set keeping things interesting for themselves as well as the audience.  Michael Bono jumps around, swinging his guitar and his hair with enough momentum to fly off the stage. Stephen Beerkens bounces between bass and keyboards and still runs about the stage with keyboard balanced on his shoulder, while Sean Tighe keeps the band in time from the back. As far as being the frontman of a band is concerned, Josh Raven is a memorable one. Decked out in all black and a leather jacket, Raven commands the stage. With his foot up on the monitor and back arched he belts out his pop-punk tunes for the adoring crowd which he finds himself joining for a sing-along of “Saints Of The Sinners.” 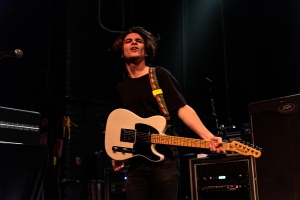 With so many shows to choose from and expenses being so high, showgoers may find themselves being more selective. The Faim won’t disappoint. Some bands phone it in but The Faim give it all they have, regardless of where they are on the bill, and leave the fans wanting more. Check them out and pick up a copy of their debut EP “Summer is a Curse” 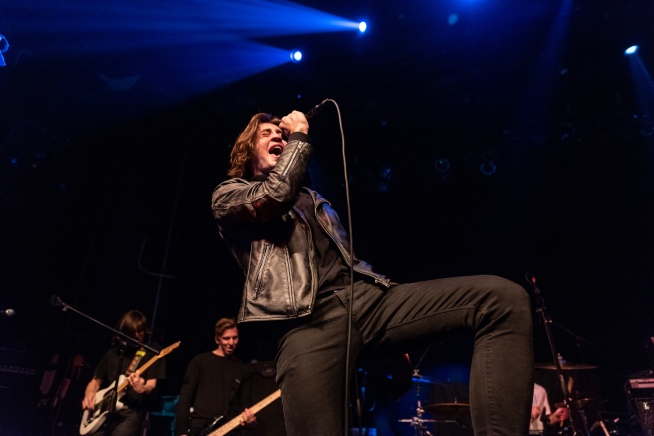 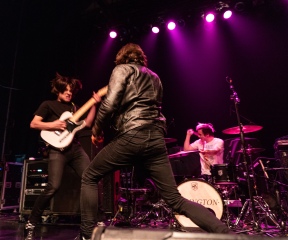 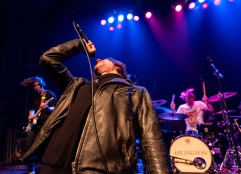 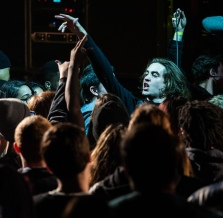 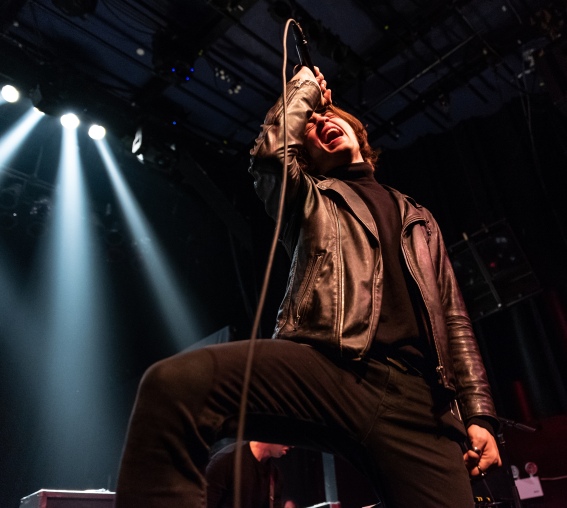 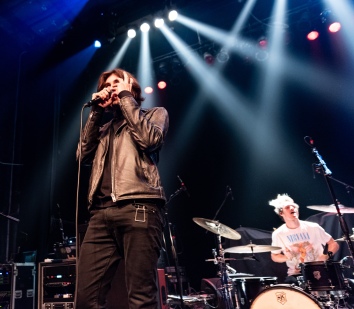 0 comments on “The Faim at Gramercy Theatre”